This hilt is twice as long as a normal hilt.  It was based off the maglite flashlight model, and then re-textured by a friend many years ago.  It has become a favorite among the Students at the School.  Originally this was mounted on the character's back, but since the update of JA++, it is no longer able to be mounted to the back.  Around the emitter there is Kanji inscribed that reads "Honor" There are two files in this pack, one of them replaces the single 7 saber, allowing you to use it on any server without it having to be loaded server side.  To equip the saber the command line is "/saber single_7" 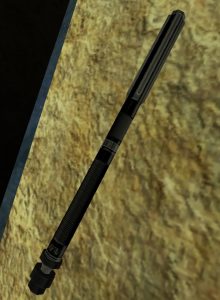 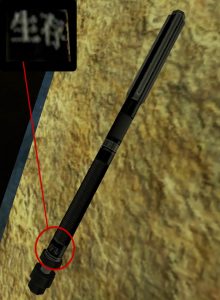 The Angel of Death